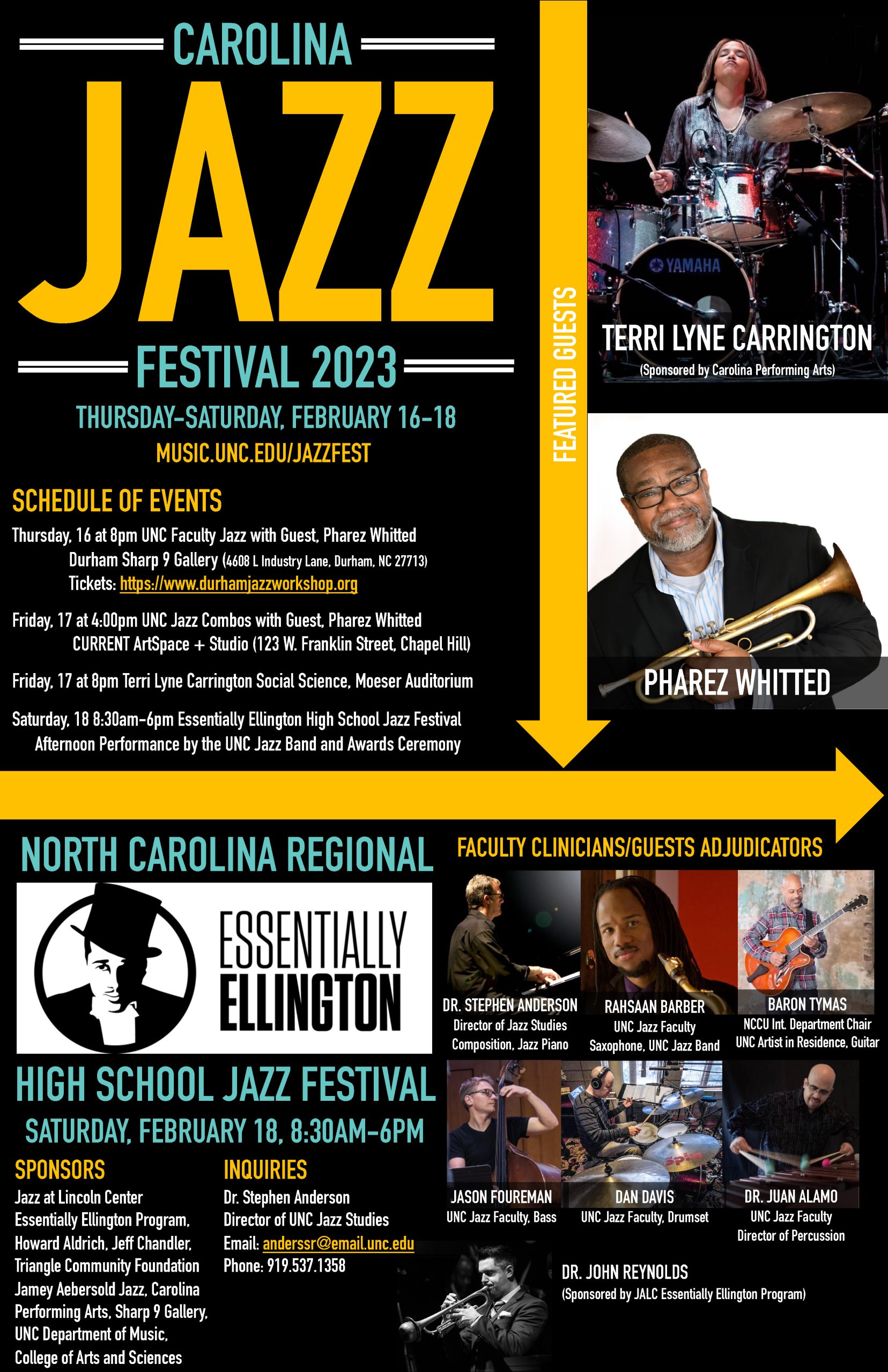 With technical wizardry and profound creativity, NEA Jazz Master, Terri Lyne Carrington, has become one of the giants of today’s jazz music. A three-time GRAMMY Award-winning drummer, composer, producer, and educator, Carrington began her professional career at only ten years old and received a full scholarship to Berklee College of Music at the age of 11. She is the first female artist to ever win the GRAMMY Award for Best Jazz Instrumental Album, which she received for her 2013 work, “Money Jungle: Provocative in Blue.” Over the four-decade-plus span of her career, she has played with Herbie Hancock, Wayne Shorter, Lester Bowie, Cassandra Wilson, Dianne Reeves, Stan Getz, Al Jarreau, John Scofield, Pharoah Sanders, and Esperanza Spalding among countless other jazz luminaries.

In 2019, Carrington received the prestigious Doris Duke Artist Award as recognition of her important work in the field. She has curated musical presentations at Harvard University, Schomburg Center for Research in Black Culture, and the John F. Kennedy Center, and has enjoyed multi-disciplinary collaborations with esteemed visual artists Mickalene Thomas and Carrie Mae Weems. Her artistry and commitment to education earned her honorary doctorates from Manhattan School of Music and Berklee College of Music, where she currently serves as founder and artistic director of the Berklee Institute of Jazz and Gender Justice, whose mission is to recruit, teach, mentor, and advocate for young musicians seeking to study jazz with racial justice and gender justice as guiding principles. She is also the artistic director for the Carr Center in Detroit, as well as Berklee’s Summer Jazz Workshop.

To date, she has released eight albums, including her 2011 work, “The Mosaic Project: LOVE and SOUL,” which features a leading cast of superb female instrumentalists and vocalists, such as Regina Carter, Natalie Cole, Lalah Hathaway, Ingrid Jensen, Chaka Khan, Ledisi, Meshell Ndegeocello, Patrice Rushen, Nancy Wilson, Lizz Wright, and others. Carrington also combined forces with David Murray and the late Geri Allen to form the MAC Power Trio. Their 2016 release, “Perfection,” is a tribute to Ornette Coleman. In 2019, Terri Lyne Carrington and Social Science released their critically acclaimed double album, Waiting Game, a project that elevates social justice issues, featuring pianist Aaron Parks and guitarist Matthew Stevens. The album was nominated for a 2021 Grammy Award, and won 3 awards in the 2020 Downbeat International Critics Poll for Artist of the Year, Album of the Year and Group of the Year.

$29 General Admission
$10 Student Tickets
Tickets are available for purchase online, by phone, or at the door through Carolina Performing Arts.

Please plan to arrive early as parking on campus can be tricky. For information about which lots are available during this performance, please click here.

This event is the headliner performance of the 2023 Carolina Jazz Festival, February 16-18.