The UNC Jazz Studies faculty and students thank Howard Aldrich, Jeff Chandler, and the Triangle Community Foundation for their generosity in providing support which enables UNC Jazz Studies to host the annual Carolina Jazz Festival/Essentially Ellington Regional Festival.  We thank Jamey Aebersold for sponsoring our guest artists who are part of the Jamey Aebersold Visiting Artist Series throughout the year.  We thank Thomas F. Steward for his generous gift which funds the day-to-day operations of UNC Jazz Studies.  We also thank Dr. Jesse White for his generous contributions in honor of Jim Ketch which have provided support for the purchase of instruments that are used in the UNC Jazz Band.  We thank Fred and Gail Fearing, Jim and Jo Ann Harllee, and other anonymous donors for their kindness in supporting student scholarships and student initiatives.

ABOUT OUR FESTIVAL GUEST ARTISTS: 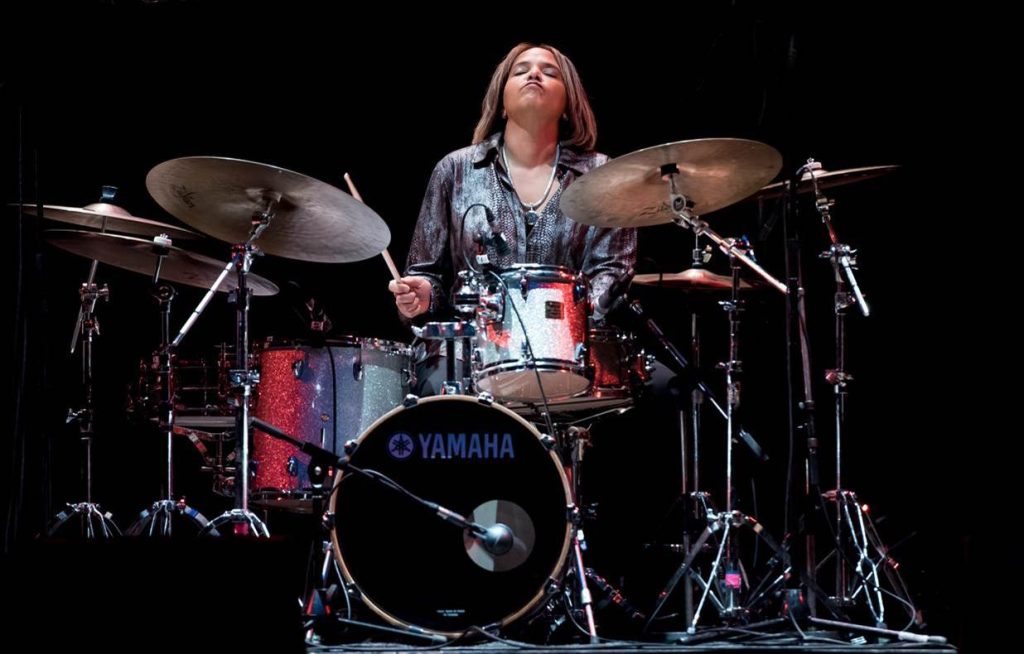 NEA Jazz Master and three-time GRAMMY® award-winning drummer, producer, and educator, TERRI LYNE CARRINGTON started her professional career as a “kid wonder” while studying under a full scholarship at Berklee College of Music in Boston. In the mid ’80’s she worked as an in-demand drummer in New York before gaining national recognition on late night TV as the house drummer for both the Arsenio Hall Show and Quincy Jones’ VIBE TV show.

While still in her 20’s, Ms. Carrington toured extensively with Wayne Shorter and Herbie Hancock, among others and in 1989 released a GRAMMY®-nominated debut CD on Verve Forecast, Real Life Story. In 2011 she released the GRAMMY®Award-winning album, The Mosaic Project, featuring a cast of all-star women instrumentalists and vocalists, and in 2013 she released, Money Jungle: Provocative in Blue, which also earned a GRAMMY®Award, establishing her as the first woman ever to win in the Best Jazz Instrumental Album category.

To date Ms. Carrington has performed on over 100 recordings and has toured or recorded with luminary artists such as Al Jarreau, Stan Getz, Woody Shaw, Diana Krall, Cassandra Wilson, Dianne Reeves, James Moody, Yellowjackets, Esperanza Spalding, and many more. Additionally, Ms. Carrington is an honorary doctorate recipient from Berklee, and currently serves as Founder and Artistic Director for the Berklee Institute of Jazz and Gender Justice.

In 2019 Ms. Carrington was granted the Doris Duke Artist Award, a prestigious acknowledgment in recognition of her past and ongoing contributions to jazz music. Her current band project, Terri Lyne Carrington and Social Science (a collaboration with Aaron Parks and Matthew Stevens), released their debut album, Waiting Game, in November, 2019 on Motema Music.

Waiting Game was nominated for a 2021 GRAMMY® award and has been celebrated as one of the best jazz releases of 2019 by Rolling Stone, Downbeat, Boston Globe and Popmatters. Downbeat describes the album as, “a two-disc masterstroke on par with Kendrick Lamar’s 2015 hip-hop classic, ‘To Pimp a Butterfly’…” Ms. Carrington was named as JazzTimes Critics Polls’ Artist of the Year, Jazz Artist of the Year by Boston Globe, and Jazz Musician of the Year by the Jazz Journalists Association.

There are many moments that can define a man’s life and for PHAREZ WHITTED, this is one of them. He’s taken on the new role as Chicago’s Youth Symphony Orchestra (CYSO) Jazz Director and Howard Reich at the Chicago Tribune described Pharez perfectly – “Few Chicago musician-educators are more qualified than Whitted to build the new band, for he commands a richly deserved reputation as a trumpet virtuoso, seasoned educator and irrepressible champion of the music.”

Whitted is humble with his legacy and his deep roots in music go as far back as the 1930’s in Indianapolis where the Hampton Family Band first began performing. His mother Virtue, his uncle Slide Hampton and the other 10 siblings (12 in total) laid the foundation with their self-educated and courageous father, Clarke “Deacon” Hampton at the helm. With that level of determination and talent, Whitted was destined to inherit the gift of music.

At the age of nine he found a trumpet in the closet and asked his brother to show him how to play a C major scale and it was all over – he was hooked. It wasn’t just that his father, Thomas Whitted Sr., played drums with Freddie Hubbard and Wes Montgomery, or that his mother, Virtue Whitted, sang and played the bass, it was the love he had for this music and his close ties with it. It didn’t stop there. He began his career in 1982 not long after earning his Master’s Degree at Indiana University Jacobs School of Music. He recorded his first self-entitled album, ‘Pharez Whitted’ with Motown in 1994 and continued recording solo albums ever since.

If you asked Pharez what inspires his music, he’ll say that the world needs hope and beauty and his compositions were created for that purpose. His music is for the people, to lift them up and inspire beautiful thoughts and a harmonious vibe throughout the Universe. One love, one Universal voice.

One of the greatest gifts that he passes on is his love and appreciation for the music and using it as a tool for peace, inclusion and expression. He instils this passion in the students that passed through his doors while serving as the Director of Jazz Studies at Chicago State University and now through his work with Jazz at Lincoln Center, Ravinia’s Jazz Scholar program and his newest role at CYSO. Pharez continues carrying the torch of the Hampton’s that came before him and all of the jazz legends he graced the stage with, not to mention his recordings and accolades that has prepared him for the next chapter in his career. 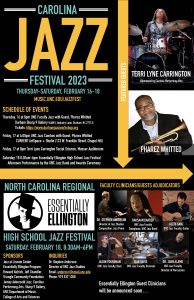 If you have questions about the festival, please contact Dr. Stephen Anderson.