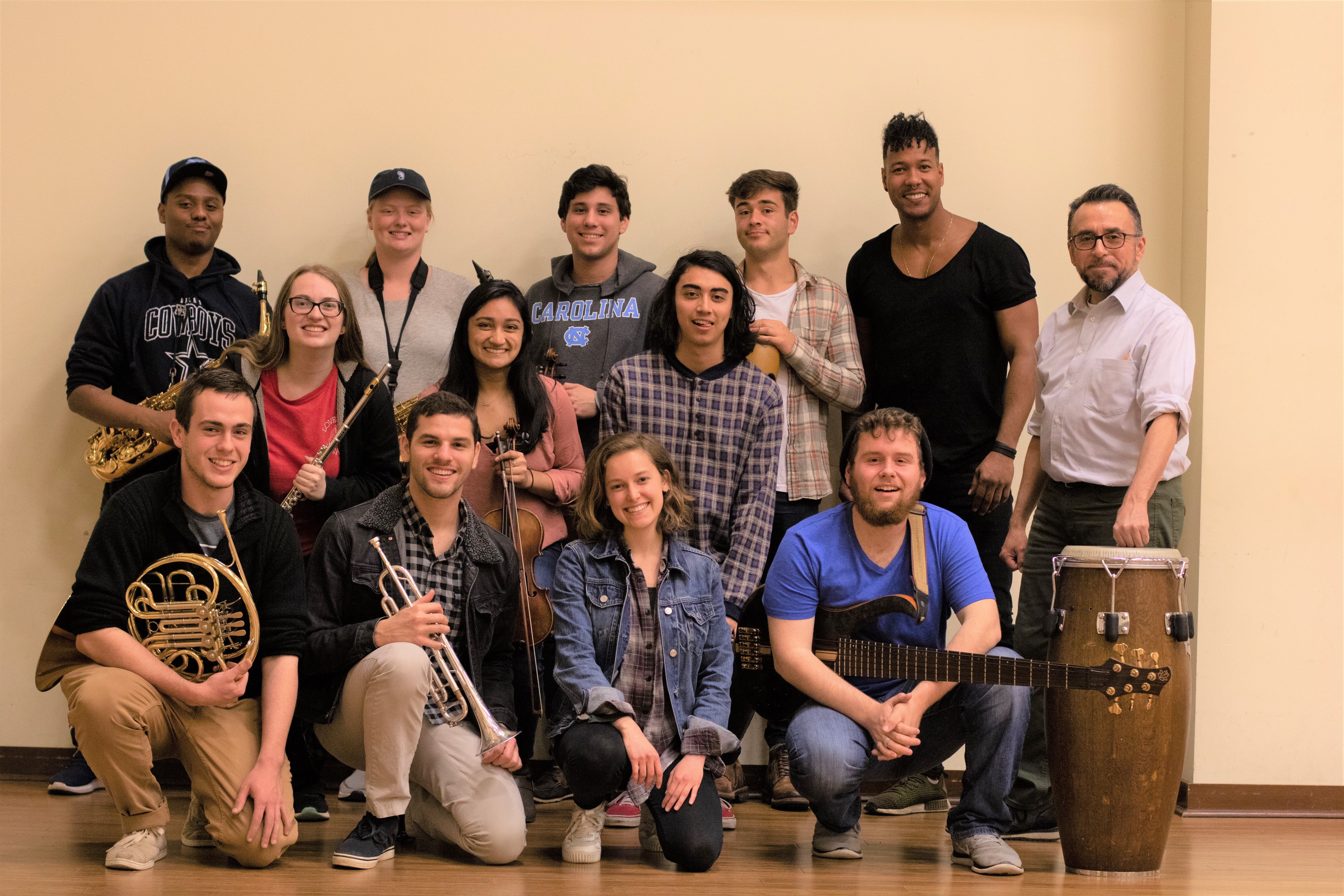 Larry & Joe were destined to make music together.

Larry Bellorín hails from Monagas, Venezuela and is a legend of Llanera music. Joe Troop is from North Carolina and is a GRAMMY-nominated bluegrass and oldtime musician. Larry was forced into exile and is an asylum seeker in North Carolina. Joe, after a decade in South America, got stranded back in his stomping grounds in the pandemic. Larry works construction to make ends meet. Joe’s acclaimed “latingrass” band Che Apalache was forced into hiatus, and he shifted into action working with asylum seeking migrants.

Currently based in the Triangle of North Carolina, both men are versatile multi-instrumentalists and singer-songwriters on a mission to show that music has no borders. As a duo they perform a fusion of Venezuelan and Appalachian folk music on harp, banjo, cuatro, fiddle, maracas, guitar, upright bass, and whatever else they decide to throw in the van. The program they offer features a distinct blend of their musical inheritances and traditions as well as storytelling about the ways that music and social movements coalesce.