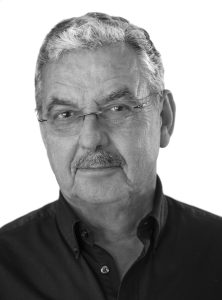 Donald L. Oehler (Professor) is a clarinetist who has drawn high praise as a soloist, chamber musician, conductor and educator throughout his long career at UNC. His performing activities have taken him throughout the United States, Central America, Canada, Great Britain, Eastern and Western Europe, the Middle East and Asia. He began his career as principal clarinetist of the Orchestre Philharmonique de Teheran in Teheran, Iran before moving to North Carolina to join the University of North Carolina music faculty.

“Oehler’s performance was outstanding. The technical work in fast passages was flawless. The subtle use of dynamics in phrase structure indicated not only a fine understanding of the instrument, but a real love and respect for the score.”
Dr. Jim Smith, Longview Symphony opens with near-perfect performance. Longview News-Record, Texas

Mr. Oehler was one of the first American clarinetists to become active on classical or period instruments, including performance on the basset clarinet. Additionally, he has sustained activity in the performance of new literature for the clarinet having given world premieres of Peter Lieuwen’s Trio for Clarinet, Cello, and Piano and T.J. Anderson’s work “Huh, What Did You Say?” for Clarinet and String Quartet. He also gave the US premier of Peter Maxwell Davies’ Sonata for clarinet and Piano and gave one of the firsts US performances of John Adams’ concerto, Gnarly Buttons. He has recorded for the BRT I and BRT III in Brussels, the CBC in Canada and for the Centaur Records label.

“Throughout the years our few contacts and mutual students have re-enforced my admiration for your work, your investigation of new music and the knowledge and inspiration you give to your students.” Leon Russianoff, Clarinet Faculty, The Juilliard School

Mr. Oehler has always had a widely-respected studio during his tenure at the University of North Carolina with former students presently in major teaching and performing positions. Additionally, he has been a conductor of professional ensembles, high school bands and youth orchestras, and presently serves as musical director of the Chapel Hill Philharmonia. Mr. Oehler has presented master classes in England, Wales, Belgium, Germany, Switzerland, The Czech Republic, Slovakia, Iran, Israel, Italy, Haiti, Hong Kong, Canada, and across the United States. He has served as academic resident director for the University of North Carolina London Honors program three times and leads the Burch Field Seminar in London and Florence, Italy.

“We might have been in another century as our senses were lulled by the dream-like purity of Mozart’s Clarinet Quintet performed by Donald L. Oehler and the Haydn String Quartet.” Gordon Lewin ClarFest at Ghent, Collected Impressions, Clarinet & Saxophone Society of Great Britain

Mr. Oehler has published an on line catalog of music for clarinet and string quartet (The Clarinet Quintet) which has drawn high international praise as a major resource in chamber music repertoire.

Mr. Oehler is a graduate of the Juilliard School. He studied with Orville Matthias, Bernard Portnoy, Joseph Allard, Robert Listokin, and Jack Brymer.