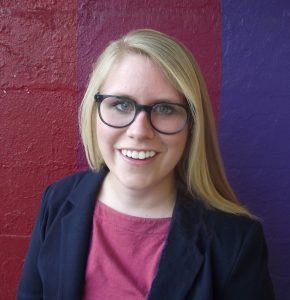 Her current research explores tours of U.S. wind bands abroad during geopolitical conflict in the 20th century. She uses archival materials to reconstruct individual musicians’ sonic experiences and encounters in public spaces. She is interested in how individuals formed musical collectives that were influenced by institutions of power, including race, gender, nationalism, and capitalism. She has presented her research at the Society for American Music conference, Feminist Music & Theory conference, and the Southeast Chapter of the American Musicological Society.

As an advocate of community music education, she previously worked as the Marketing & Community Engagement Coordinator in the DePaul University School of Music and for six years as a music teaching artist in Chicago. She served as a fellow with Carolina Performing Arts as part of Humanities for the Public Good at UNC from 2021-2022.