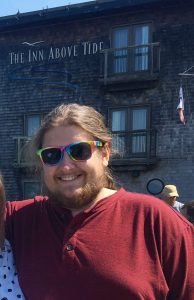 Originally from Winston-Salem, NC, Drew Borecky is a graduate of the Masters of Musicology Program at the University of Tennessee Knoxville and holds Bachelors degrees in music and education from Western Carolina University. His research interests concern the interplay of music and various forms of media, including film, television, and video games. His Masters thesis examined the interplay of music and representations of mental illness in the television crime drama. His other research interests include music and representation, ludomusicology, as well as music in “nerd” culture. Drew has presented work at Music and the Moving Image Conference (May 2018-2019) and the Nation Meeting of the American Musicological Society (November 2019).