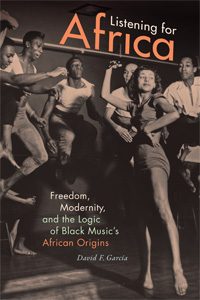 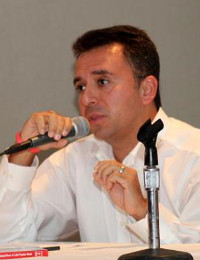 David F. Garcia’s Listening for Africa: Freedom, Modernity, and the Logic of Black Music’s African Origins has been awarded a Commendation by the British Forum for Ethnomusicology, which “recognizes outstanding scholarship in ethnomusicology written in English.”

The award citation for Listening for Africa explains that “the book focuses on the 1930s through 1950s, showing how key actors deliberately linked black music and dance to ideas about ‘Africa’ and ‘nature’ as part of a strategy to ‘help realize modernity’s promises of freedom in the face of fascism and racism in Europe and the Americas, colonialism in Africa, and the nuclear threat at the start of the Cold War.’ But the unintended effect was to reinforce binaries between white and black, modern and primitive. ‘Black music and dance’ Garcia argues, ‘were not merely products of New World Negro or black Atlantic history but instead formed, from their affective materializations as movement and sound, a historical map with time and race.’”

Allen Anderson, chair of the Music Department, says that “Professor Garcia, as scholar, teacher, performer and citizen, continually challenges us to rethink and rehear the cultural constructs with which we surround ourselves. His commendation from the British Forum for Ethnomusicology is an important and well-deserved recognition for his brilliant work and valuable scholarship.”