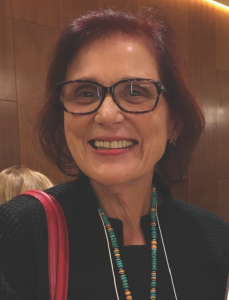 Professor Neff’s ground-breaking books on Arnold Schoenberg—Coherence, Counterpoint, Instrumentation, Instruction in Form (1994) with Charlotte M. Cross; The Musical Idea and the Logic, Technique, and Art of Its Presentation (1995) with Patricia Carpenter; and The Second String Quartet in F-Sharp Minor, Op. 10: A Norton Critical Score (2006)—have become indispensable guides to Schoenberg’s music and thought. She followed these books with a succession of key articles and book chapters on Schoenberg’s thought and that of his students. Her publications have been translated into Chinese, German, Japanese, Korean, and Russian. She has received awards from the National Endowment of the Humanities, The Korea Foundation, and several from the Andrew W. Mellon Foundation. Professor Neff was a Senior Fulbright Scholar in Russia at The Moscow State Conservatory in 1998–99. In 2017 she co-organized with the composer Professor Ping Jin, the first major international conference of music theorists in China, “Sharing Ideas in Music Theory: A Continuing Colloquy,” at The China Conservatory of Music in Beijing.

In 2009, she was appointed the first woman editor of Music Theory Spectrum. She served a three-year term as sole editor, initiating special forums and interdisciplinary dialogues, expanding topical areas of research, and seeking regular contributions from women and younger scholars. In 2018 Professor Neff and her co-editors, Maureen Carr and Gretchen Horlacher received the prestigious Ruth A. Solie Award from the American Musicological Society for The Rite of Spring at 100. The text was also named one of the 2017 Notable Books in Music by Alex Ross in the New Yorker. She played a pivotal role in organizing and shepherding this book of twenty-eight essays to completion—a process including the organizing pf centenary ballet and concert performances at Carolina Performing Arts and conferences in Chapel Hill and Moscow. Currently Professor Neff is General Editor with Professor Sabine Feisst (Arizona State University) for the Oxford University Press, nine-volume book set, “Schoenberg in Words.” She is now in the process of completing her volume Schoenberg on Counterpoint, a book containing virtually all of the composer’s writings on counterpoint.

In 2019 the Society for Music Theory honored Professor Neff with their Lifetime Membership, the highest honor bestowed in the field.