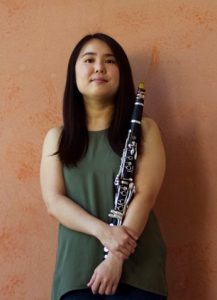 Sara Aratake (Lecturer) is a diverse clarinetist with performance experiences ranging from traditional orchestral concerts to newly composed contemporary music. She has performed as a soloist with the Queens College Orchestra and the North Carolina Symphony as a winner of the Kathleen Price and Joseph Bryan Youth Concerto Competition. She has also been heard on the U.S. National Public Radio’s From the Top radio program.

Her orchestral experiences have included an apprenticeship with the Finnish Radio Symphony Orchestra in 2017-2018 and fellowships with the Orchestra of Americas in 2018 and 2019. She has also been active in contemporary music, co-founding a contemporary chamber ensemble in 2018 called AEKI ensemble. As part of AEKI ensemble, she has premiered works in Cambodia, the U.S., and Finland, with plans to premiere works in Mexico and Guatemala in 2023.

Sara Aratake holds a Master of Music degree from the Sibelius Academy and the Cleveland Institute of Music and a Bachelor of Music Degree from the Aaron Copland School of Music at Queens College. Her teachers have included Harri Mäki, Franklin Cohen, Charles Neidich, and Donald Oehler.