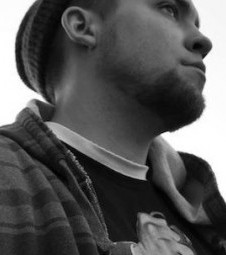 Academically and professionally, Joseph Latterner (Lecturer) moved from Washington DC in 2001 to attend the University of North Carolina Wilmington where he obtained his Bachelor’s Degree in Sociology. Joseph began working in the mental health field with both adolescents and adults in Wilmington, North Carolina. During his post-graduation employment, he was credentialed as a Case Manager (QP) to work with both child and adult mental health populations in skills based enhanced services in the community setting. In 2011, Joseph returned to the University of North Carolina Wilmington to obtain his Master’s Degree in Social Work. At graduation he was awarded the Insoo Kim Berg Academic Achievement Award for maintaining the highest grade point average in the UNCW MSW graduate program in combination with going above and beyond while serving in the community. During his clinical field internship, Joseph completed a research study regarding Hip Hop Therapy in a group setting titled, “A Study of The Effectiveness of Group Hip Hop Therapy on The Reduction of Incident Reports Among Teenage Males at A Level One Residential Placement”. Joseph was invited to present his research and an overview of the clinical utilization of Hip Hop therapy in a group setting at the annual Hip Hop Psychology Conference at Fordham University in April of 2013. He has also presented at the University of North Carolina Wilmington in the MSW department in January of 2014, focusing on post graduate work in the mental health field in North Carolina and an overview of expressive therapeutic approaches with a concentration on Hip Hop Therapy. In April of 2014, Joseph was invited by Dr. Mark Katz to speak in the music department of the University of North Carolina Chapel Hill regarding the Art of MCing and approaches to writing and improvising Hip Hop music.  Currently, Joseph Latterner is provisionally licensed as a Licensed Clinical Social Worker who facilitates family and individual therapy sessions with adolescents at an area mental health agency in Wilmington, North Carolina.

Transitioning from academic and professional pursuits to musical endeavors, Joseph Latterner is also known by his music and Hip Hop cultural peers as KON Sci of the group MindsOne. Born and raised in the Nation’s Capital Washington DC, KON Sci first developed an avid passion for Hip Hop culture after being exposed to A Tribe Called Quest’s “Midnight Marauders” and to the DC graffiti scene via the redline metro rail. In junior high school he began cultivating his graffiti tags and throw-ups, but creating music quickly became the focal point in his creative life after linking with his first Hip Hop crew, the Native Sons. Slowly stepping in the cypher and battle scene in Washington DC, KON Sci worked on developing his MC style while learning the ropes in beat making on the Akai MPC 2000XL. In 2001, he moved to Wilmington, North Carolina to attend college without much expectation of being heavily involved in a Hip Hop community. Little did he know, the talent in North Carolina was unique, powerful, and growing rapidly. During an MC battle in his sophomore year at the University of North Carolina Wilmington, KON Sci then Konscience, met an incredibly skilled MC technician by the name of Tronic. The two would later form the crew MindsOne along with DJ Noumenon and DJ Slim Deluxe based in Wilmington. The group has since performed with the likes of M.O.P., Mobb Deep, Pharoahe Monch, Boot Camp Click, Inspectah Deck, Brother Ali, Talib Kweli, Cappadonna, Planet Asia, Non Phixion, Little Brother, 9th Wonder & the Jamla Crew, and many others. The group has worked extensively with Low Budget Crew’s own, Kev Brown, along with other notable artists such as iLLmind, Oddisee, Rob Swift, John Robinson, J. Sands, J. Rawls, Reks, Rapsody, L’Orange, Marco Polo, and Dunc of DTMD. KON Sci has toured the east coast extensively with MindsOne, and the crew has released the albums “Transitions” and “Self Reliance” on Soulspazm Records, with “Self Reliance” ultimately garnering praise from DJ Premier as one of the best albums of 2010. MindsOne has also received acclaim from URB Magazine as one of the top performers at the 2010 A3C festival in Atlanta. In 2013, KON Sci his first entirely self-produced solo album through Soulspazm Records titled, “And Beyond”. The album offered MC features from Median, TabOne of Kooley High, Tronic of MindsOne, and Seez Mics of Educated Consumers, with DJ work from DJ Noumenon, DJ Slim Deluxe, and DJ Iron. 2014 presented Hip Hop connoisseurs with a power packed EP from MindsOne and ongoing collaborator Kev Brown titled, “Pillars” through iLLAdrenaline Records which featured Stones Throw Record’s Homeboy Sandman, and was released digitally, as well as on CD, vinyl, and cassette tape formats.