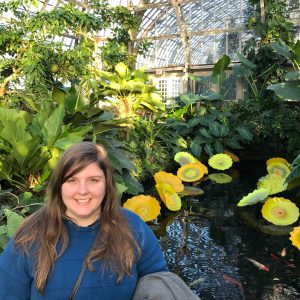 Tara Jordan holds a Bachelor of Music in flute performance from Furman University and a Master of Music in musicology from the University of Tennessee, Knoxville. Her research interests focus on sacred music of the Reformation and Counter-Reformation, specifically its roles in changing European religious and political landscapes, in the formation of European statehood, and in early modern conceptions of the self. Her Masters thesis combined these interests to examine Orlando di Lasso’s sense of divided selfhood as evidenced by his control of print culture, the diverse styles represented within his musical works, and his position in the propaganda campaign of Counter-Reformation Bavaria. Tara’s additional research interests include music of rebellions and music as an agent of political change more broadly. Tara has presented papers at the annual meeting of the American Musicological Society’s South-Central Chapter meeting (March 2018), the University of Cincinnati’s Musicology and Music Theory Society’s Biennial Student Conference (April 2018), and the Newberry Library’s Graduate Student Conference (January 2019). During her time at UNC, Tara plans to examine the role of music in forming national identities within Renaissance Europe as well as the musical cultures of continental European witches.