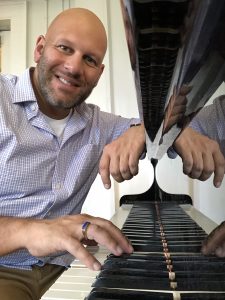 Michael Carlson is a Ph.D. student who specializes in the music of the Italian Renaissance. His current research focuses on the subversive potential of the genre of madrigali spirituali in Early Modern Italy as a Humanist spiritual response to post-Tridentine authoritarianism.

Michael earned his B.M. in music history from The Catholic University of America, Washington, DC. He then studied philosophy at Boston College before continuing his graduate education in theology by earning an S.T.B. and S.T.L. from the Pontifical Gregorian University in Rome, Italy. His six years living in Italy formed his great fascination for Italian culture and history. Michael then earned a graduate certificate from Fairfield University (CT) in Spiritual Direction according to the Ignatian method. He completed an M.M. in musicology from The University of Hartford (The Hartt School) with a master’s thesis exploring the Ignatian dimension of Domenico Zipoli’s mission-opera, San Ignacio de Loyola.

Michael’s research interests include opera, the history of theory, historical notation, and queer studies. He also has a scholarly passion for the operatic works of Luigi Dallapiccola, Samuel Barber, and Giancarlo Menotti.