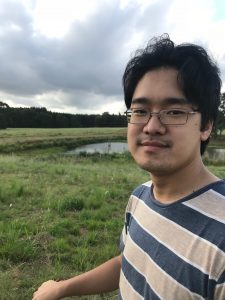 Eduardo Sato is a PhD candidate from São Paulo, Brazil. His dissertation focuses on how Brazilian music was recurrently negotiated in the context of transatlantic travels in the first half of the twentieth century. In this project he intends to contribute to the decolonization of cultural histories, by complexifying the routes in which music crossed borders.

He completed his M.A. in Brazilian Studies at the University of São Paulo, after receiving his B.A. in Social Sciences from the same institution. Eduardo has presented his research at conferences in Brazil, Mexico, Japan, the United States, and the United Kingdom. His research has been supported by the UNC Institute for the Study of the Americas, UNC Center for the Study of the American South, the American Musicological Society (M. Elizabeth Bartlet Travel Grant) and FAPESP.

He is interested in the political stakes of studying music across borders, the challenges of writing music history in the twentieth-century and in the intersections of archival work, ethnomusicological methods and critical theories. In his free time, he loves to get visit craft breweries and coffee shops.

Eduardo is currently one of the co-organizers of the International Student Network at the Society for Ethnomusicology.