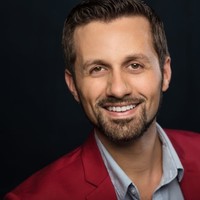 Highly regarded as one of the preeminent teachers of classical and contemporary commercial music, Moniz’s current and former students have performed on Broadway, off-Broadway, on national and international tours, in regional theaters and opera houses, on national television (including The Voice: Season 15), and in bands touring throughout the United States. In great demand for his presentations and masterclasses on classical, commercial, and musical theatre voice, he has presented at both national and regional conferences for the National Opera Association (NOA), National Association of Teachers of Singing (NATS), Southeastern Theatre Conference (SETC), and at institutions including Temple University, the Berklee College of Music, Baldwin Wallace Conservatory, Oklahoma City University, Auburn University, and St. Olaf College.

An avid researcher and author in high demand, Moniz has written numerous scholarly articles for peer-reviewed publications and recently contributed to “So You Want to Sing Light Opera” by Linda Lister, published by Rowman and Littlefield. His review of Robin Rice’s “Great Teachers on Great Singing,” was featured in The Opera Journal this past June. Dr. Moniz is currently completing work on two new books including, “Your Pop/Rock Prescription,” a vowel-driven approach to laryngeal manipulation in contemporary commercial singing, and “A Fight for the Light: Underrepresented Journeys to the Stage” with co-author Minnita Daniel Cox.

Dr. Moniz holds four degrees from Florida State University, the University of Miami, and SUNY Potsdam, as well as certificates in Nonprofit Leadership and Sustainable Business Strategy from Duke University and Harvard Business School, respectively. He has received young alumni awards from all three of his alma maters, having recently been named one of Florida State University’s Notable Noles and University of Miami’s 30 Under Thirty. In addition, Moniz was awarded the Rising Star Award by SUNY Potsdam. He currently serves as Executive Director of Hawaii Performing Arts Festival and Hawaii Governor of the National Opera Association. Moniz is a proud member of the American Guild of Musical Artists and the Actors’ Equity Association. For more information: www.justinjohnmoniz.com.