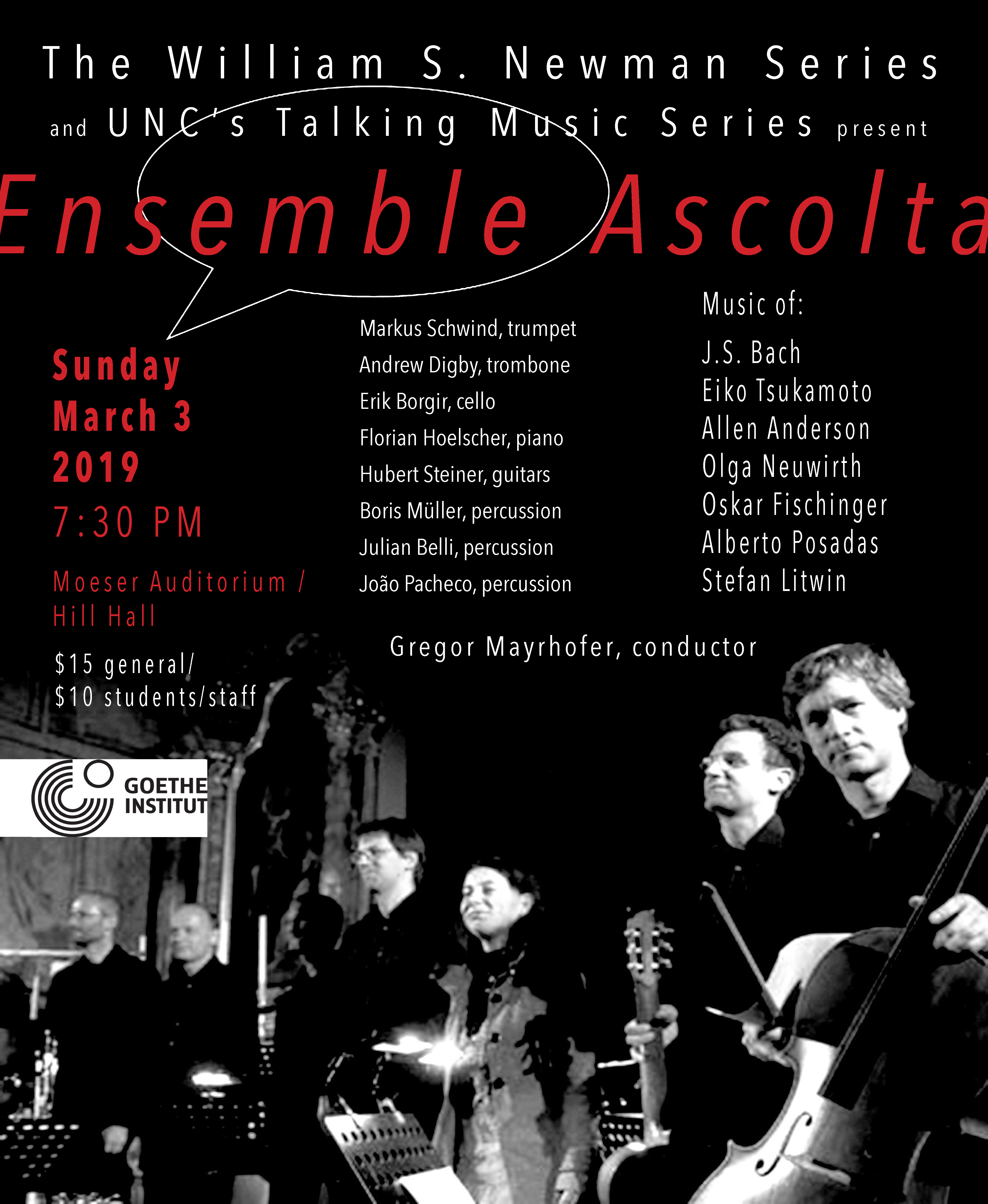 This concert is part of the William S. Newman Artists Series and Talking Music Series.