Earl Scruggs and Foggy Mountain Breakdown: The Making of an American Classic 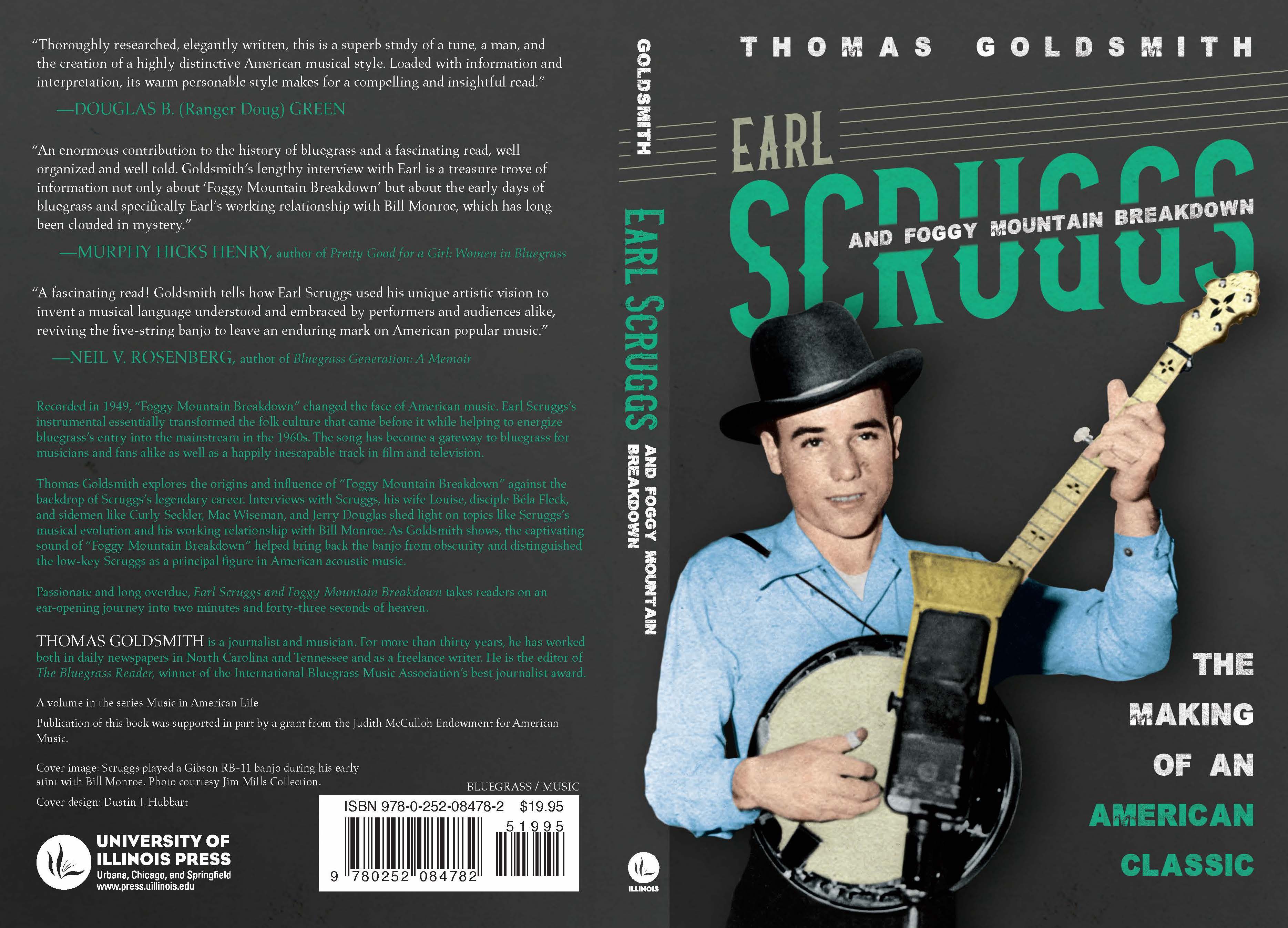 Come hear Thomas Goldsmith talk about one of the founders of modern bluegrass, Earl Scruggs, and his seminal work, “Foggy Mountain Breakdown.”

Thomas (Tommy) Goldsmith is a journalist and musician based in Raleigh. A North Carolina native, Goldsmith worked as a singer, songwriter, guitarist and record producer in North Carolina, Tennessee and Texas from the late ‘60s until 1982, remaining active in the field after starting a career in daily newspapers in 1983. As a musician, he worked with artists including Hazel Dickens, Alice Gerrard, Marcia Ball, Alvin Crow, the Contenders, Riders in the Sky, Tim Krekel, and David Olney and the X-Rays. His songs have been recorded by the Nashville Bluegrass Band, Riders in the Sky, Uncle Walt’s Band and Elise Witt. He produced records by Tracy Nelson, Tom House, Olney, Witt and the Nashville Jug Band.

During a journalism career of 33 years and counting, he performed a variety of reporting and editing roles at the Tennessean in Nashville and the News & Observer in Raleigh, retiring in May 2016 as the N&O’s Wake County editor and taking on a role as reporter for the nonprofit North Carolina Health News.

As a music journalist, he spent seven years covering the Nashville scene at the Tennessean, wrote for consumer and trade publications including Billboard, the Journal of Country Music, Bluegrass Unlimited and Country Song Roundup. His book The Bluegrass Reader (University of Illinois, 2004) won the Print Personality of the Year award from the International Bluegrass Music Association. His book on Earl Scruggs and “Foggy Mountain Breakdown,” also for Illinois, is [now available.]

The Illinois, Oxford, Vanderbilt and North Carolina university presses have also published book chapters, encyclopedia entries and anthologized pieces by Goldsmith. He is in the early stages of another bluegrass volume, an analysis of the music of the Stanley Brothers. He continues to play music in a variety of settings in North Carolina’s Triangle area and beyond.

This event is hosted by Creative Writing at Carolina & the UNC Department of Music and is free and open to the public.