The department is pleased to welcome Kaleigh O’Neal as the new Band and Facilities Administrator! Kaleigh is the newest member of the staff team, having started in her new role this week. She can be found in the Band Office, Hill Hall 106B.

Kaleigh’s job duties entail everything band-related (ordering band camp meals, organizing merchandise for students to receive next week for band camp, maintaining the member database, communicating with students, etc.) and a lot of facilities needs. For facilities, Kaleigh will oversee the scheduling of rooms, lockers, OneCard, and keys requests, as well as submit facilities issues. Moeser Auditorium is the exception, which will still be scheduled through Jesse Moorefield, department production manager.

Having just graduated from UNC-Wilmington in May of this year, with degrees in political science and pre-law, this is Kaleigh’s first professional position. While she works part-time with the department she’ll also be studying for the LSAT. During her undergraduate and high school days, Kaleigh was involved in the band (she played the flute for nine years!), so this position was an enticing way to stay connected to the arts. Having grown up in the Chapel Hill area, Mebane specifically, it was also a plus for Kaleigh to be back in the area!

Outside of work, Kaleigh notes she loves doing puzzles and watching documentaries – “when I’m not studying for the LSAT.” She also enjoys spending time with her three pets, two cats and a whippet named Winston.

Stop by the band office sometime soon to say hi to Kaleigh! 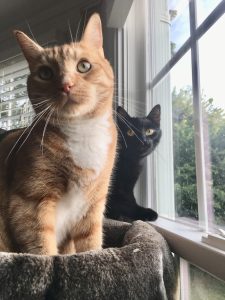 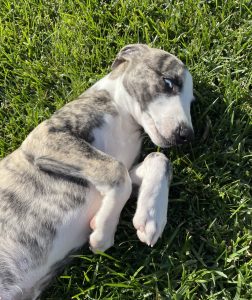