Welcome to the newest Kenan Music Scholars, Hylton, Anant, Jordan, and Cindy! We’re thrilled to welcome these four talented musicians to campus this week. Read on to get to know a little more about each of these new UNC musicians. 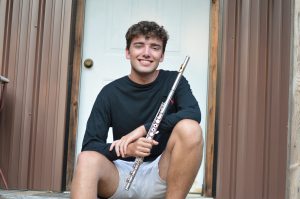 Hylton Baker is a first-year student from Lexington, North Carolina. Hylton has played the flute since the 6th grade and has studied under Lissie Shanahan since the 8th grade. He has played in many ensembles including the Winston Salem Youth Symphony, Central Davidson High School Wind Ensemble, N.C All-State Band, and NCMEA All-State Orchestra. He was also selected to be a member in the NAFME All-National Honors Ensembles Concert Band. Hylton attended the Cannon Music Camp at Appalachian State University in N.C. where he studied under Dr. Nancy Schneeloch-Bingham for two summers. At UNC, Hylton will major in Music and Biology and he is very excited to be a Kenan Scholar. Hylton is a student of Laura Stevens. 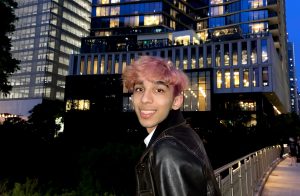 Anant Malpani is an incoming first-year student from Austin, Texas. He has studied the violin since age 5 and has spent time under the tutelage of William Fedkenheur and Anna Choi. After being named a prize winner of the American Protege International Competition for Piano and Strings, Anant made his Carnegie Hall debut at age 15. Additionally, Anant has served as Concertmaster of his school’s Symphony Orchestra, and in that role performed as a soloist with orchestra at the 2020 International Midwest Orchestra Clinic in Chicago, Illinois. Other honors include being named Concertmaster of the TMEA Region 26 Orchestra in 2018, and placing in the TMEA All State Orchestras for three years. An avid chamber musician, Anant has been an active participant in the CHAMPS (Chamber Music in Public Schools) program since 2016. His ensemble, the Sarian Trio, was named a semifinalist in the National Coltman Chamber Music Competition. He has performed in masterclasses for renowned artists and pedagogues such as Danielle Belen, Desiree Ruhstrat, Cornelia Heard, Phillip Lewis, the Miro Quartet, and the Cordova Quartet, among others. Anant is a student of Nicholas DiEugenio. 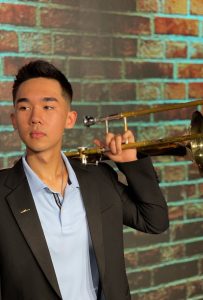 Jordan Shirtz is a first-year student from Cary, North Carolina. Jordan has played trombone for seven years in ensembles such as the Triangle Youth Brass Band, Watson Brass Band, Durham Medical Orchestra Trombone Choir, and was offered a contract for Phantom Regiment’s 2021 season. In 2019, Jordan was selected for the NC Governor’s School West orchestra where he played both tenor and bass trombone. In addition, he placed first in the Trombone/Euphonium Student Division in the Triangle Brass Band Virtual Music Competition. Jordan has studied with many highly-regarded teachers such as Jesse Rackley, Artistic Director of the Triangle Youth Brass Bands; Jonathan Randazzo, Assistant Principal Trombone of the North Carolina Symphony; and Mark Whitfield, assistant teaching instructor of trombone and euphonium at ECU. Alongside music, Jordan will be pursuing a B.S. in Chemistry. Jordan is a student of Michael Kris. 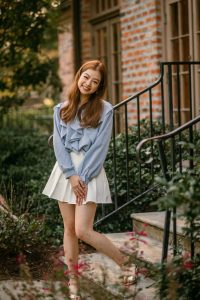 Cindy Xu is a first-year student from Baton Rouge, Louisiana. Cindy started playing the double bass her freshman year of high school under the guidance of Yung-Chiao Wei. Prior to switching to the double bass, Cindy studied the piano and violin, making the switch in high school due to a lack of double bass players in her orchestra. Since then, she has placed in numerous competitions, including placing as a gold-medalist in the LMEA State Solo Assessment. Throughout the summers, Cindy further committed to her passion for the double bass by attending programs such as the Master Players Festival and the Interlochen Arts Camp. Cindy was also principal bassist of seven different orchestras, including the LMEA All-State Orchestra and Louisiana Youth Orchestra. Additionally, she was the founder of her school’s National Federation of Music Club and co-founded Bassically United, a virtual concert series that has helped raise thousands of dollars for underprivileged musicians across the United States. Outside of her musical passions, Cindy hopes to pursue a career in pharmacy.