Eugene Falk Distinguished Professor Emeritus Dr. Severine Neff received the Ruth A. Solie Award from the American Musicological Society for her book, The Rite of Spring at 100, co-edited with Maureen Carr and Gretchen Horlacher, along with John Reef. Congratulations to Dr. Neff on this prestigious accomplishment! 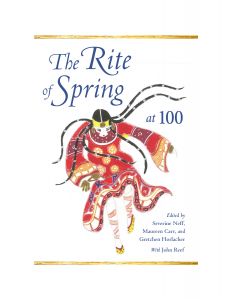 This book of essays applies multidisciplinary approaches to ongoing questions about a central work by Stravinsky. The contributors include an international group of authors drawn from dance and theater specialists, musicologists, and music theorists. They address controversies regarding the genesis and reception of the work, including issues such as: modernism and primitivism, immigration and xenophobia, as well as nationalism and racism. The editors played a strong role by organizing international conferences that generated essays for the volume, by fostering dialogue among the authors, and by arranging for inclusion of video and audio clips.

The Ruth A. Solie Award goes to the editors, Severine Neff, Maureen Carr, and Gretchen Horlacher, with John Reef, for The Rite of Spring at 100.

The Rite of Spring at 100 is receiving widespread acclaim and has also garnered the honor of Finalist for The Society for Music Theory Multi-Author Publication Award. Congratulations to Dr. Neff and her colleagues! 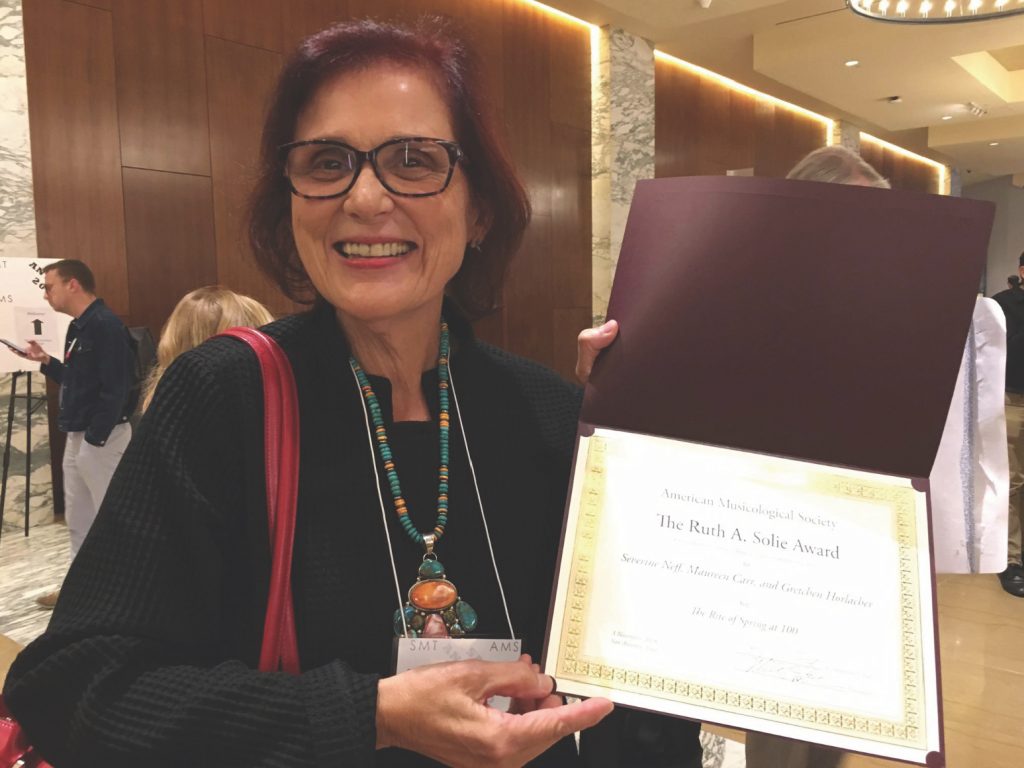 This volume has numerous strong ties to the University of North Carolina, not only because it was launched with a major international conference on campus but also because it features contributions by numerous faculty, former faculty, and former graduate students of the university, including Kevin Bartig, Brigid Cohen, Annegret Fauser, Donald J. Raleigh (History), John Reef, and William Robin. To learn more about The Rite of Spring at 100, please click here.